You don’t have to look hard to find a great cup of coffee along the Great Miami Riverway. But one coffee shop in particular not only serves stellar coffee and great food, the North Star Coffee Station in Piqua is serving a greater mission. The owners, Larry Hamilton and Damon Wilson, are helping to tell the story of the Randolph freedpeople, the former slaves of John Randolph, who came to Piqua prior to the Civil war to settle along the Great Miami River. 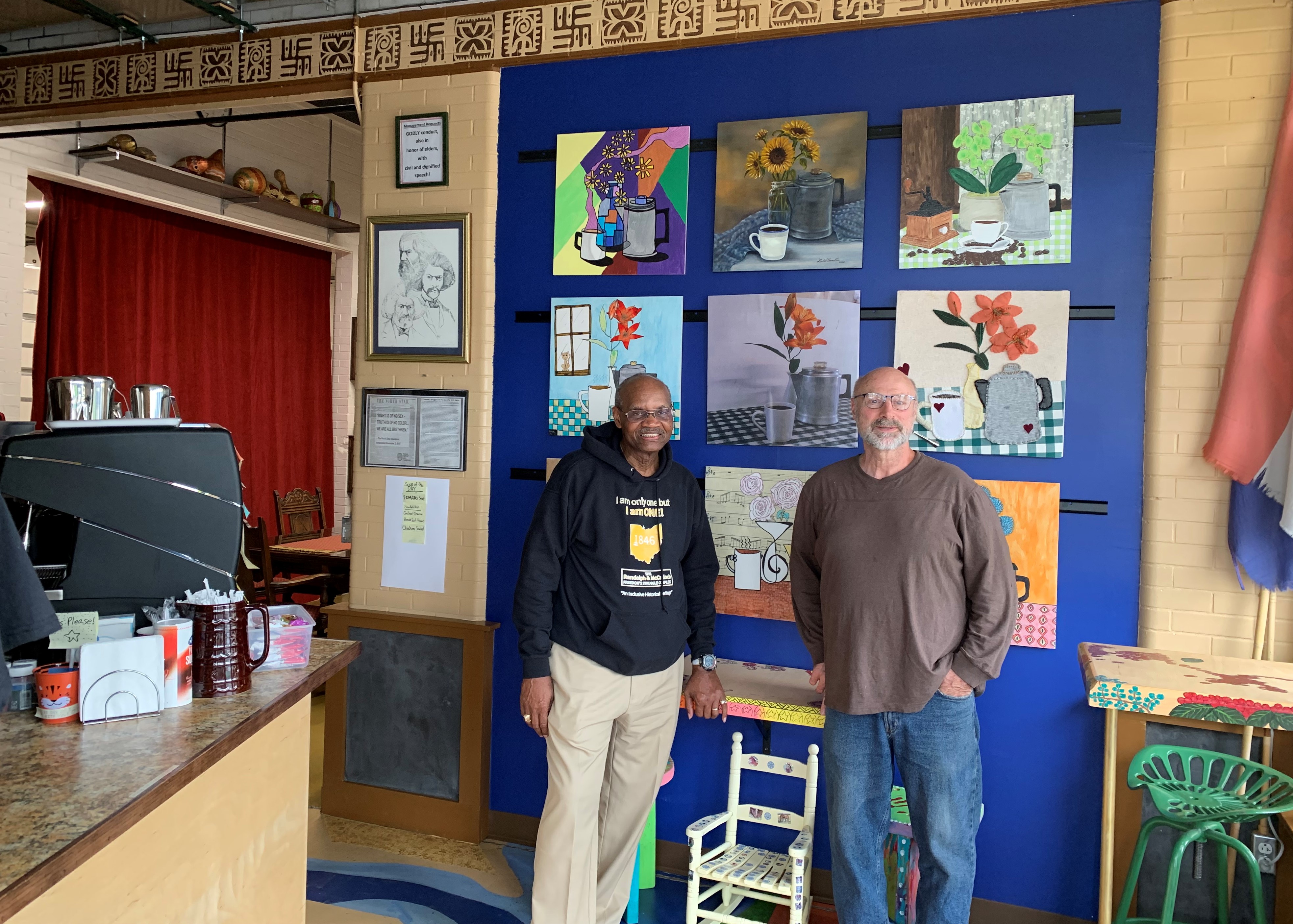 The coffee shop opened in June 2021 and has since attracted many local coffee lovers, but is also serving people who want to understand the history of African Americans in Piqua.

According to Larry, telling the story of the Randolph freed people feels like a responsibility to him. He taught social studies at Piqua High School for 30 years, retiring in 2002. Damon was a former student of Larry’s. He lived in Chicago for many years as a landscape architect and moved back to Piqua to join Larry and help tell the story of the freedpeople.

Serving up creative coffee drinks, the shop also features smoothies, breakfast, and a daily lunch special. They even have their own “North Star” blend. Known for their peaceful vibe, welcoming staff, and live music, and local visitors visit frequently. 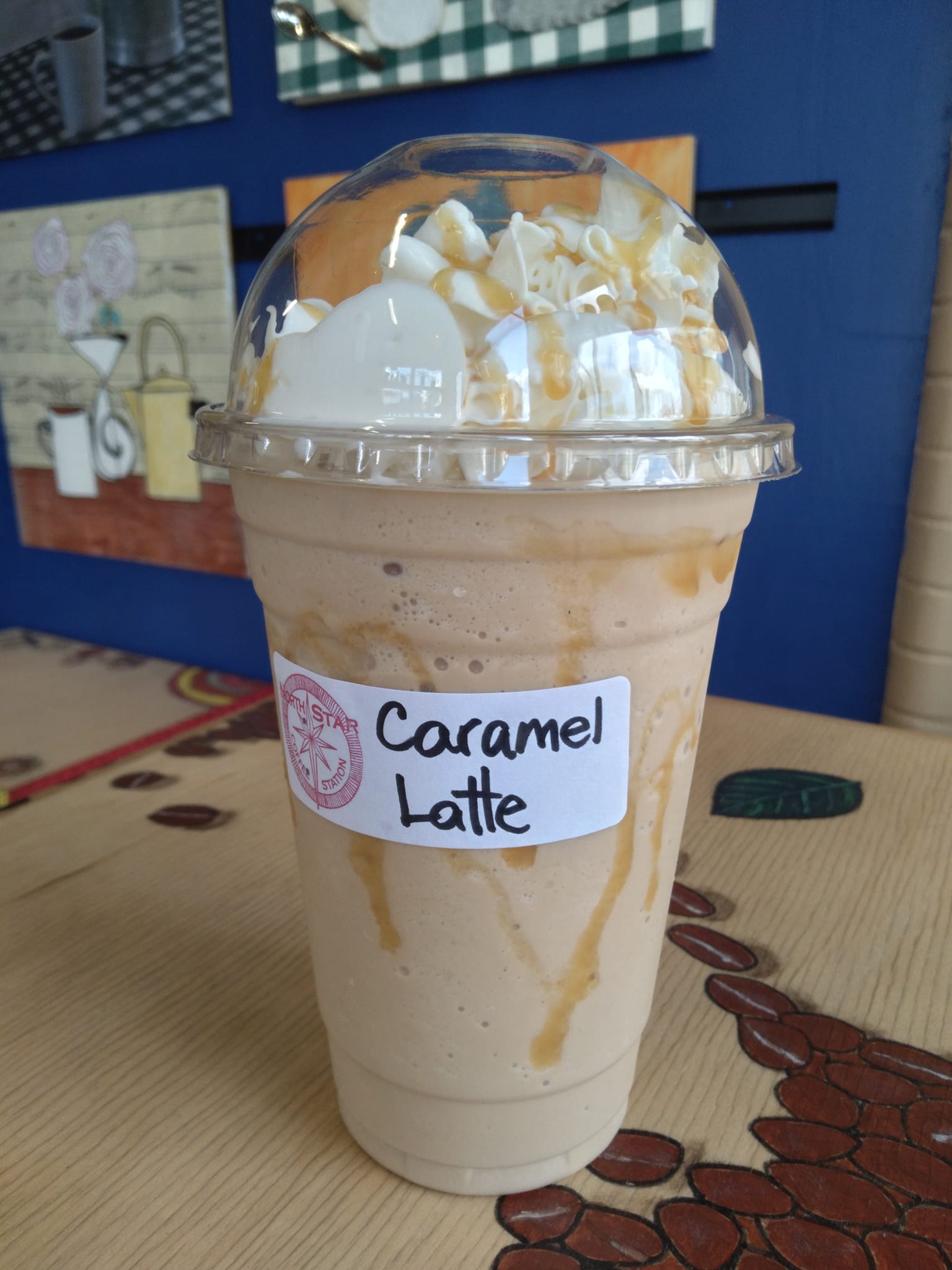 Larry and Damon also want to attract tourists that are traveling the historic Underground Railroad trail. Located inside the Randolph and McCullough Freedom’s Struggle complex, the coffee shop is right next to the Great Miami River. This was a well-known pathway to fugitives traveling the Underground Railroad. The location also overlooks the Randolph freed people’s settlement of Rossville. “This is the absolute perfect location,” Larry says. “I couldn’t have picked a better place.”

The Randolph & McCulloch Freedom’s Struggle complex displays a multicultural and inclusive perspective on American history showcasing many art forms including Linda Hamilton’s West African symbols and wall murals. The art depicts the story of the Randolph freed people, but also the fight for civil rights by U.S. Representative William McCulloch. He was a Piqua native and a leader who teamed up with President Lyndon Johnson to shepherd the historic civil rights legislation through congress.

“When people visit the coffee shop and the Randolph & McCulloch Freedom’s Struggle complex, they can get emotional,” said Larry Hamilton. “One gentleman, whose wife is related to the Randolphs, started weeping. He immediately wanted to learn more about his wife’s family in Piqua and their connection to the freedpeople.” 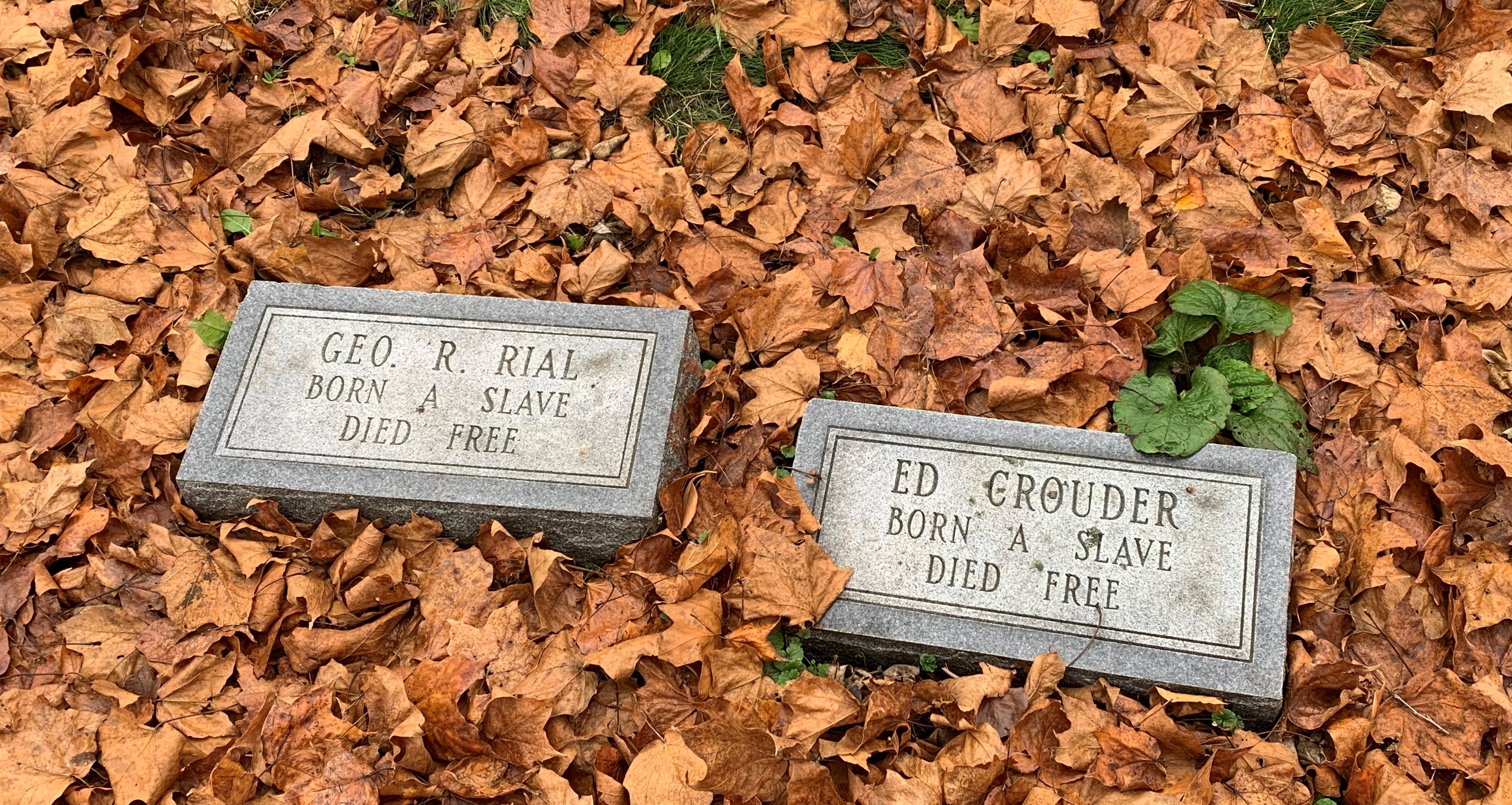 The ancestors of the Randolph freedpeople continue to impact our region to this day. According to the Ohio History Connection, many of those who had been enslaved rose to national and local fame. Some fought in wars to preserve rights that had once been denied to them. Other community members altered the social fabric in subtler ways. The city of Sidney mayor, James P. Humphrey, was a proud descendant of the Randolph slaves. The first black mayor of Sidney, Humphrey was also a World War II veteran and served in city government for 12 years — as councilman-at large, vice mayor, and finally retiring as mayor in December 1987. Randolph descendants also include current City of Piqua Commissioner, and former mayor, Kris Lee, as well as Piqua school board member Shawn Mitchell.

“The Randolph freedpeople are an important part of Miami County and this region”, says Larry. “People have been taught that slavery is something you don’t talk about. But we have folks stopping here from places like Detroit. When they learn the story sometimes it is the first time they have heard about that part of history.” It is that impact, along with some great coffee, that Larry and Damon want to share with people who walk through the doors of the coffee shop.

If you want a great cup of coffee, and learn more about the Randolph freedmen story, find your way to the North Star Coffee Station in Piqua.

The story of the Randolph freedpeople

In 1846 the Randolph freedpeople, a group of 380 freed slaves, sought refuge in the City of Piqua after being run out of nearby Mercer County. The freedpeople were the former slaves of John Randolph, a farmer and U.S. Senator from Roanoke, Virginia. Randolph’s 1819 Will states:

I give my slaves their freedom to which my conscience tells me they are justly entitled. It has long been a matter of the deepest regret to me that the circumstances under which I inherited them, and the obstacles thrown in the way by the law of the land have prevented my emancipating them in my lifetime.

Randolph’s 1821 New Will also states: I give and bequeath all my slaves their freedom, heartily regretting that I have been the owner of one.

That legal document, which was litigated for over ten years, resulted in the Randolph freedpeople leaving Virginia as freed slaves. They walked over 500 miles to make their way to Ohio. They arrived in Cincinnati and then made their way north on the Miami Erie Canal, to land near Carthagena in Mercer County. Randolph purchased this property for his former slaves to resettle. However, upon arrival they were greeted by hordes of local residents who made it clear that the Randolph freedmen were not welcome. The town put forth a resolution.

Resolved. That we will not live among Negroes, as we have settled here first, we have fully determined that we will resist the settlement of blacks and mullattoes in this country to the full extent of our means, the bayonet not accepted.” The group was forced back to the canal and spread out to several communities in Shelby and Miami County to seek permanent places to live, work, and be part of a community.

The Randolph freedpeople left Mercer County and found shelter at the Johnson Farm. They asked the Piqua city elders for approval to make Piqua their home. After five days, the city elders told the freedpeople that they could not relocate to Piqua. However, they would not object to the group setting up homes across from the city along the Great Miami River in Rossville.

Larry Hamilton says that Piqua leaders were…“tolerant but not inclusive,” in making room for the freedpeople across the river in Rossville, but not in the city itself.

The July 25, 1846 Piqua Register newspaper printed the following story about the freedpeople.

These unfortunate creatures have again been driven from lands selected for them. As we noted last week, an effort, which it was thought would be successful, was made to settle them in Shelby County, but like the previous attempt in Mercer, it has failed. They were driven away by threats of violence. About one third of them, we understand, remained at Sidney, intending to scatter, and find homes wherever they can. The rest of them came down here to-day (Thursday) and are now at the wharf in boats. The present intention is to leave them wherever places can be obtained for them. We presume, therefore, they will all remain in the State, as it is probable they will find situations for the whole of them between this and Cincinnati. The necessity which now separates and scatters them over the whole country (connected as they are by ties of kindred, being as it were, but one family,) is a hard one, but it is probably the best thing that can be done.

The 1850 census of Springcreek Township states that 74 African Americans, who were all listed with the occupation as laborers, lived in Rossville. By 1905, only 43 of the original 380 freedpeople were still alive, according to a reunion meeting of Randolph’s former slaves held at the City of Sidney fairgrounds in July of that year. The Randolph freedmen bought land in Rossville that became known as the African Jackson cemetery. Of the 120 people buried there, 9 men served in the Civil War. Several of the headstones read, “Born a slave, died free.” 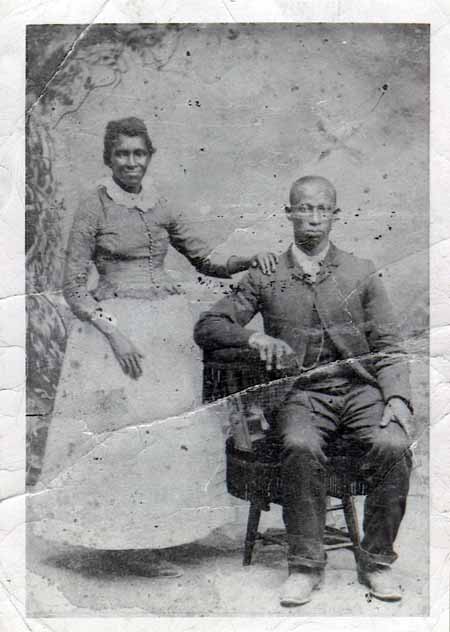